Are you tired of living someone else’s dream? 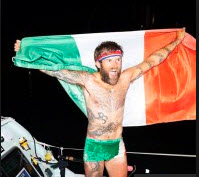 I spoke to Gavan a couple of times last year.  He was spending a lot of time rowing off the coast of Cork trying to adapt to the concept of rowing across a vast ocean.  From talking to him I got the impression that he had a lot of research done with regards training.

I’m looking forward to catching up with him when he gets back to Galway and hearing about his next adventure.

Sinead Kane set a new world record by running a marathon on each of the 7 continents in 7 days.  Sinead has 5% vision. She is hoping this record will stand for quite some time.  The world marathon challenge is organised by Galway man Richard Donovan.

I thought back to the day in 2009 when I was part of a group that ran the length of the Salthill Prom with Ron.  It was a day that will always stand out amongst the many days l have spent running along the famous promenade.

It also gave me the kick in the ass l needed.  I’ve had a bit of a pain in my hip.  I rested up a bit and it was getting to the stage where I needed to decide if I was going to continue with my plans for 2017.

Thankfully I seem to be back on track.  I have passed the 160 mile mark for the year. 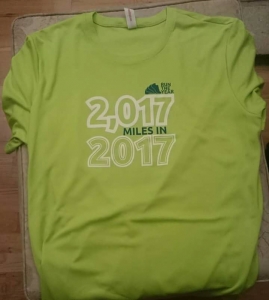 I have two more long runs in mind before Sunday’s Newry to Dundalk half marathon.

On Saturday 18th February I will be holding a running workshop at Westside Running Track.

It is suitable for runners of all levels.