Records are Made to be Broken.

Last week I travelled to Dublin to take part in an attempt to break a Guinness World Record.

1escape health club were hoping to get around 400 people to break the record for the largest fitball class.

I arrived up fairly early and after a short wait we were allowed in to the middle of  Smithfield square where the record attempt was taking place.

Two adjudicators were taking a count as we entered the square. I sat on my swissball in disbelief as they announced that 282 people had turned up for the record attempt. That was way off the 400 mark. How could a city of this size not get 400 people to show up?   Part of me would have been happy to get a free swissball and learn how to teach a 30 minute class. The competitive side of me wanted to set a new record. 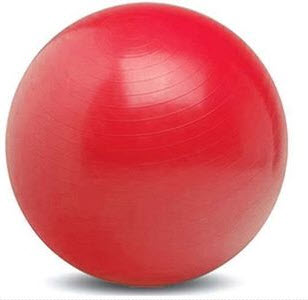 The organisers weren’t giving up on the record. Any onlookers were convinced to sign up. Anyone doing a workout in the gym were convinced to go outside and join in. Treadmills were turned off. The restaurant next door sent 3 of their 4 chefs out to help reach the target. They didn’t realise at the time that the chefs would be taking part in a 30 minute class.

We were finally told that we had enough people to attempt to break the record. We just had to stay moving for the full 30 minutes. I hadn’t done a double side step since I trained to be a gym instructor. It took me a while to get into the rhythm. I don’t know how many squats we did but I could feel it for two days. The final 5 minutes felt like 5 years and there was great relief when we were told we could stop moving.

Now we just had to wait and see if we had broken the record.

The record was 391 and 433 people had shown up in Dublin to set a new record. There was great relief and celebrations all around. This was my second time in 3 years to be part of a group to set a new Guinness World Record.

Its amazing what you can achieve with a bit of determination.

Speaking of determination, Breifne Earley will be launching his new book in Nigel’s cycle store Tuam road on Tuesday 27th at 7.00 p.m

If you want to hear Breifne talk about his cycle around the world in 2014 and pick up a copy of his book make sure to pop down.

Last weekend I received a message from Aileen. She had entered the Clontarf half marathon on November 23rd  and was looking for some advice on running technique.

Last night I met her at the running track in Westside for a one hour training session.

I used video analysis to check Aileen’s stride. It was fairly good and didn’t really need much changes to it.

I went through a dynamic warmup, Breathing technique and some post run stretches and exercises that could help make training that bit easier.

I look forward to hearing how Aileen gets on in the Clontarf half marathon.

I have an online event starting on September 26th. Its called “90 days to a new you”.  Its not specifically fitness related. I’m looking for people to make some changes to their lifestyle to help build a new better version of themselves in 90 days. I’m hoping this will lead to permanent results.

Are you able to cook?

Would you like to replace your evening snack with something more healthy.?

Have you a kettlebell that is mainy used as a doorstop.?

Is your bike gathering dust in the shed?

Have you used your camera to take photos other than selfies?

Do you want to complete Couch to 5km?

Curious to find out how to run 10km?

Ready to sign up for a half or full marathon?

If you have any ideas or are looking for inspiration please mail me   info@omaillefitness.com