Its not supposed to be easy! 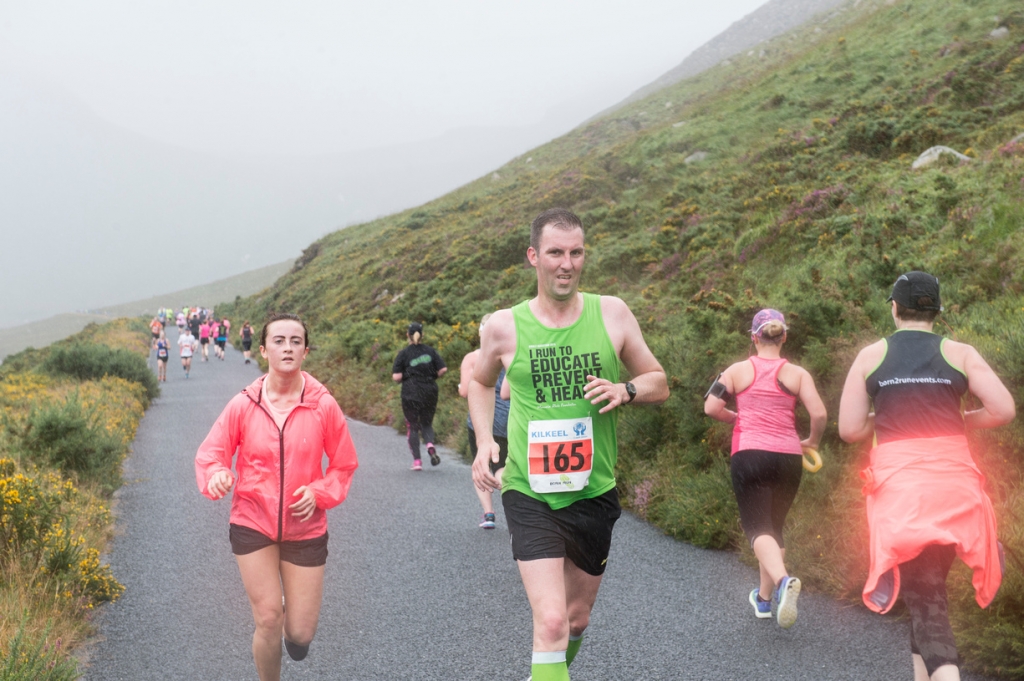 On Friday I hit the road for County Down. I had heard of  a half marathon in the Mourne mountains and it was an ideal opportunity to get County Down ticked off the list.

The weather forecast wasn’t  looking great so I threw everything into my bag, rain gear suncream, the whole lot.

I had gotten a few 7 and 8 mile runs in and my legs were feeling pretty good.

I was in bed early and had a brilliant nights sleep.

I was up early for breakfast as I had to be in Silent Valley at 10.30 for the bus transfer to the start line which was 3 miles away.

The weather was still fairly misty but there was a hint of the sun coming out.

I had just enough time to grab my race number and jump on the bus to the start line.

The race brief was a bit like the TV3 weather.

Obey the marshals, water stations, wheel chair users, people running for charities and a round of ‘happy birthday’ for one of the ladies running today.

I stuck to the middle of the road and started to settle in to the run. It was a steady gradual climb back to the entrance to ‘Silent Valley’. 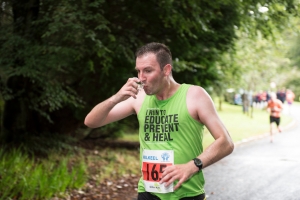 I was beginning to hurt already. The first water station was a nice relief, followed immediately after by a short sharp hill. The road started to flatten out and by mile 6 I was cruising along.

I wasn’t sure where the turning point was. The lead runners started to come back down the road towards us. I spotted the Dam that we were running towards in the distance. It looked amazing. I came around the corner and was greeted with the sight of the longest and steepest hill I have ever seen. After a couple of seconds of giving out I decided there was only one thing to do and started to make my way to the top. I knew this was the last hill of the race. It was all downhill and flat with a breeze behind us for the rest of the race. Before I knew it I was back down at the bottom of the hill.

We turned and made our way across to the other side of the valley. I could see people coming off the hill to our right hand side. At this stage we were on a forest trail run. Where was the turning point? I decided to just get on with it and keep moving forward. Short sharp hills were taking it out of me.  A marshal guided me up ‘the last hill’. I can never trust that phrase. I hit the last hill and turning to the right I was running alongside the Mourne Wall. This isn’t fun anymore. I was thinking back to an off road half marathon one year previously in the Burren. Maybe you’re just meant to break 2 hours when there is off road involved?

I could hear a voice over a P.A. system which is always good. I took my time coming down the side of the hill and before I knew it I was crossing over the valey again. There wasn’t much left in my legs but after a minute they started to come back to life. I decided to push for it. I had nothing to lose, after one last turn it was all down hill. I was moving along nicely. I passed the 13 mile mark, had a quick look around for the finish line and made a quick sprint crossing the line in 1:59:26

I got a leg massage from Artie Quinn. After I told him where I was from he said “you came all the way up here to run”. Ah Artie you sound like my Dad. He then proceeded to tell me about his misspent youth in Salthill many Summers ago.

There’s not many things you are allowed talk about when you are giving a sports massage but I’m sure the above conversation will be allowed pass.

I jumped in the car and hit the road for Galway. Both the car and myself were running on fumes and I had some Sterling in my pocket that I was looking to get rid of. I pulled into Annalong Co. Down for petrol, coffee and whatever I could get with the pound coins in my pocket. The girl at the counter turned to me and said “ coffee or diesel”?  I looked at her with a “ did you just say what I think you just said” look on my face. “coffee or tea”?  she said.  Coffee, definitely coffee. Despite the rumours I don’t run on Diesel.

As I  am running a half marathon in Offaly on Saturday the plan was to rest for a few days this week and then get some long runs in midweek before further rest leading up to Saturday.

I ran 10.7 miles this evening on a rather packed prom. They really should build a designated “stop and talk” area on the prom. Overall it was a pretty good run. The legs were feeling pretty good. I’m looking forward to Saturday’s race. I’m sure running in the Mournes will stand to me.

1 race left to go in my 4 Provinces challenge. I will be searching for any Munster races before December.

Let’s see what the figures will be like on December 31st!