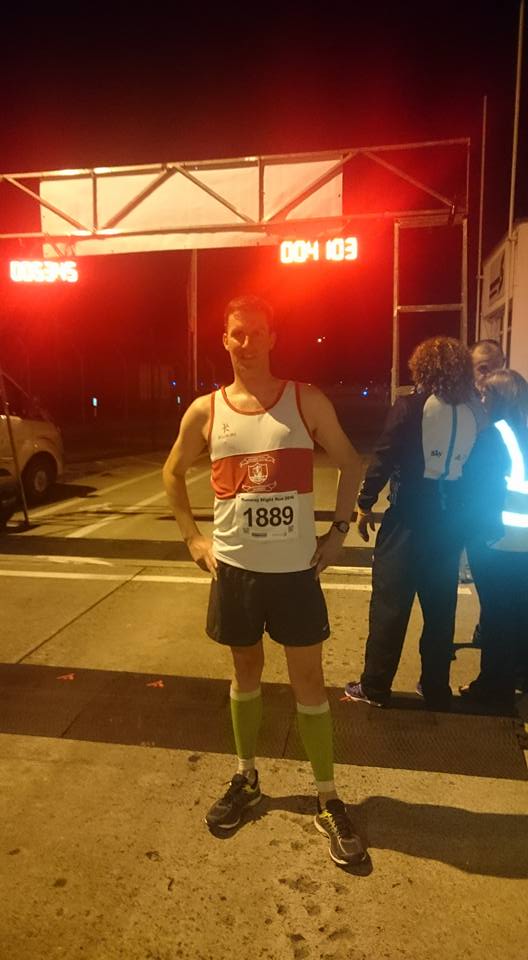 On Thursday evening I drove out to Killeeneen National School for a 5km race. I had run this race as part of a group in 2014 so I had a vague idea of the course.

It was great to see the end of the kids run as we made our way to the start-line.

The race was two loops of 2.5 km. I decided to get a feel for the course on the first loop before deciding what to do on the second loop. It was a relatively flat course with one small hill close to the start.  I started to up my pace at the 3km mark.

A girl in a Ballinasloe vest passed me at this point. She had a good stride and I managed to stay within 50 metres of her. I knew that there was a nice straight section for the last 500 metres. I upped my pace further at 4km just waiting for the last corner. 200 metres out I decided to go.

“All or nothing”. One man beside me didn’t respond but the girl from Ballinasloe wasn’t going to give up. When  she saw me go she accelerated and we had a nice sprint to the finish line. I crossed the finish line in a time of 24:58

It was an unusual race with no distance markings and as it was pitch black except for the runway lighting it was hard to judge pace.

I pushed on from the 5km mark and sprinted across the line in a time of 35:45

There are not many countries that will allow you go for a run on the runway of a major airport so you have to grab every opportunity.

I spent a couple of hours last night looking at logistics for a couple of races over the summer. I’m still mainly focusing on the 7 counties I have left to run in.

My four provinces challenge is going really well. I need one race in Munster and one in Ulster to complete it.

As I have run everyday this year it looks like day 200 of my run-streak will be Monday July 18th. I have an event page set up on Facebook if anyone wants to join me.