So the first week of the year is already behind us.

Its been a fun week and it’s also been an interesting week.

My 2,016 miles in 366 days is off to a decent enough start. This challenge is a lot like and a marathon as opposed to a sprint. At this early stage I’m taking each day as it comes.

Some days I’ve either been tired or hampered by the weather and have had to settle for a 2.6 mile run.

On two occasions I’ve had a set distance in mind and mid way through my run I’ve added on a bit extra to make up the 10km distance.

On Sunday I was lucky enough to climb Croagh Patrick with two of the most experienced climbers in the world. Mingma and Pasang Sherpa have climbed Mt Everest 28 times between them. They are currently on a tour of Ireland. 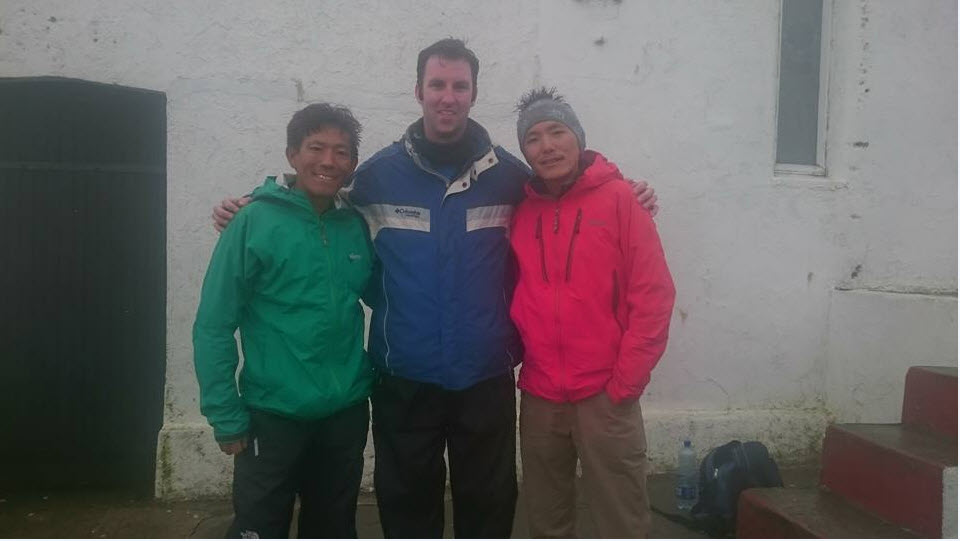 I knew the biggest challenge on Sunday would be to get to Murrisk as there is a lot of flooding in County Galway and Mayo. I was running a small bit late because of this. Thankfully the sherpas were driving up from Ennis and I arrived about 5 minutes before them.

A group of about 12 people had come from Galway and Westport to climb Irelands Holy Mountain. There were quite a few other people on the mountain that day and Mingma and Pasang were more than happy to pose for photos with them.

I’ve climbed Croagh Patrick over  half a dozen times at this stage. The last time was with my sister in July 2013. The sun was splitting the stones that day.

Despite the weather this mountain never gets easy.

On the last part of the climb I was running low on energy. I was glad to have a 19 time Everest climber beside me. We took a few photos at the summit, had some food and started to make our descent as the weather was quite cool.

On Tuesday the two brothers along with the Irish climber Cian O Brolchain gave a talk about their years of climbing in Nepal and the Himalayas.

It was great to hear them talk of the family of 7 boys and 2 girls. The brothers have summited Everest a record 56 times.

If you haven’t already done so check out the Calendar on my site. All of my classes are listed on it along with any runs, cycles and events of interest.

I think when it comes to taking up running people aren’t aware just how difficult it can be. They tend to take off too quickly and struggle to find their own pace.

This is why I would recommend attending one of my ‘Proper Running Technique’ Workshops. I use video analysis to ensure your posture is correct while running. I can show you proper breathing technique as the majority of people who take up running struggle with their breathing.

My next workshop is on Saturday January 23rd